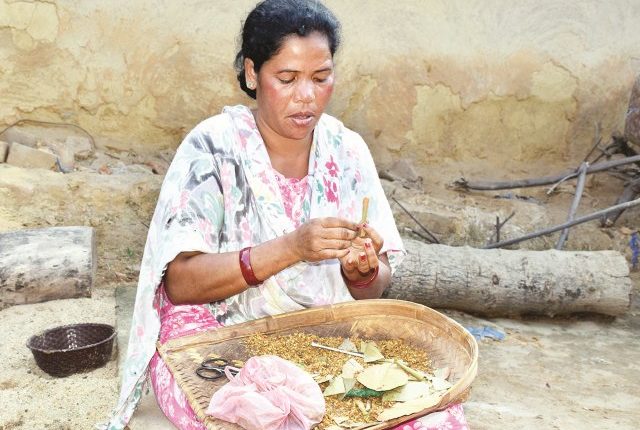 Sambalpur: Amidst much efforts to position Odisha as the ‘sports capital’ of country with state-of-art-infrastructure creating an environment to host international sports events, as many as 20 former national level women footballers in the the state are struggling hard for livelihood.

The women footballers — Dolly Munda, Sunita Soren, Dipti Kisan, Santoshini Oram, Meena Aaind and Subasini Baag — who had represented Odisha at many national level football events under several groups in the past, poverty and unemployment have made them aloof in the society.

Dolly Munda, a former footballer, had led Odisha women football team six times and played for the state in three national football competitions during her sports career. Now, she is engaged in making of ‘bidi’ at her home. Sunita, who had also found place in Indian camp along with Dolly, is striving against adversity under immense poverty.

While former woman footballer Dipti Kisan, who had played in five national level football events, has recently opened a beauty salon for livelihood, Meena is cleaning utensils at others’ houses, Santoshini is working with a small organisation at low package and Subasini is learning tailoring to earn money.

Besides, former football players including Sukanti Barik, Pooja Sahoo and Lili Munda, who had taken part at inter-university level events, are reportedly living under extreme poverty.

According to reports, these players hail from Sambalpur district that has created 34 football talents so far that have represented both the state and country in various events. They appealed to the government many a time for employment, but went in vain.

The neglected sportspersons are now counting their days with a hope to get assistance from the state that has its own Indian Super League (ISL) club football team.