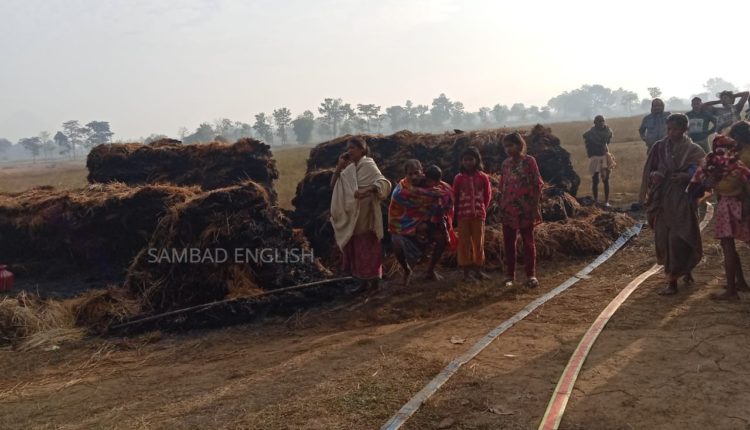 Balangir: Fire broke out in a haystack at Jogisudra village under Loisingha block of Odisha’s Balangir district reducing around 200 quintal of paddy to ashes, late last night.

According to reports, five farmers of the village had gathered the harvested paddy which was gutted in the blaze. Though the reason behind the outbreak of fire is yet to be ascertained, it is being alleged that some miscreants set the haystack on fire.

On being informed by locals this morning, Fire personnel reached the spot and doused the flames.

UP govt starts process to seize property of rioters