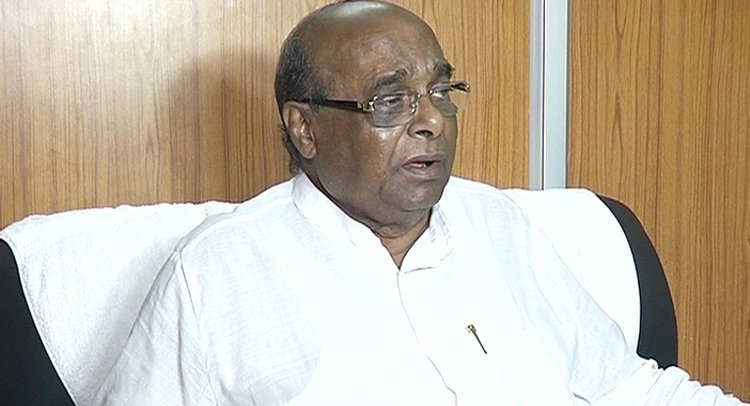 Bhubaneswar: Even as senior leader Damodar Rout’s son Sambit Routray aspires to contest the upcoming Assembly elections from Paradip on BJD ticket, the former BJD leader said he has nothing to do with his son’s decision and he will continue his fight to ensure that Naveen Patnaik fails to form Government in the State in the upcoming elections.

Replying to media queries on his son contesting the polls on BJD ticket, Dama Rout said, “I don’t know whether he (Sambit) aspires to be BJD candidate from Paradip. But I will not go by anyone’s words. My 40 years of political career was ruined by the party in a minute. If I have been humiliated by the party, I will do the same with them (BJD).”

“I will stick to my decision and continue my fight to make sure that he does not form the next Government in the State,” he added.

Earlier in the day, Sambit met the BJD Supremo at Naveen Niwas evincing his interest to contest the polls on the party ticket.

Speculations are on rife that Dama Rout, who had formed Biju Samata Kranti after being expelled by BJD, is likely to join BJP. The first indication came after he held a discussion with Union Minister Dharmendra Pradhan in New Delhi last week. While no confirmation has been received yet in this regard, the senior leader again left for New Delhi today triggering further speculation that he will join the saffron party soon.