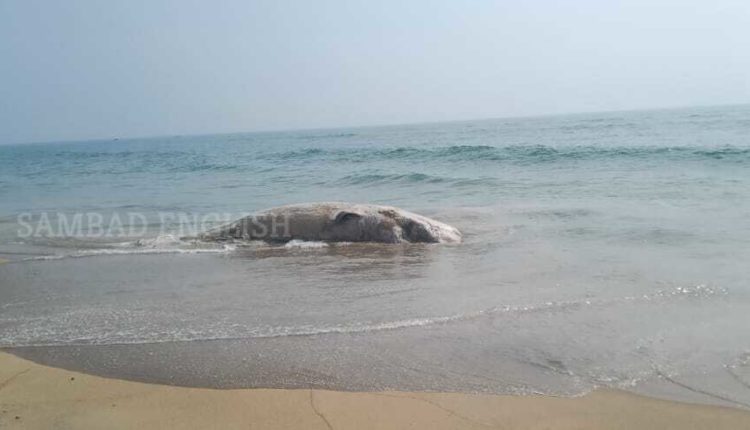 Puri: A 25-foot-long and 12-foot-wide carcass of a whale was found at the Nandanandi Jangyadanda beach in front of Sanapatna village under Satapada forest range in Puri district today.

Initially fishermen spotted the whale carcass lying on the beach this morning. They then informed the villagers and Forest department officials about the matter.

After receiving information, a six-member team of Forest department officials led by Satapada Ranger Manas Ranjan Mohapatra visited the spot. Mohapatra said the whale is believed to be weighing four-five tones and its post mortem will be carried out tomorrow.

In past few years, carcasses of 10 whales were recovered from the beach under Krushnaprasad block.