25 injured as bus carrying tourists from Chennai overturns in Odisha 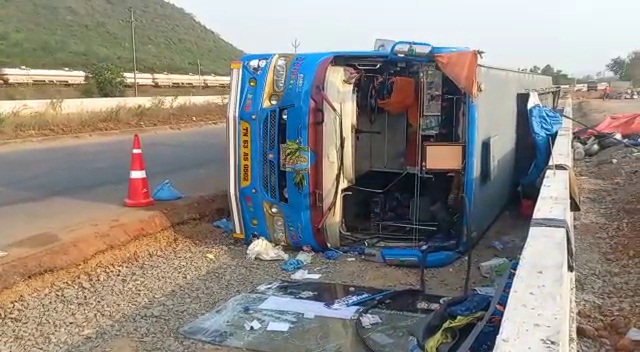 Berhampur: As many as 25 persons sustained injuries as a bus carrying tourists from Chennai overturned on NH-16 in Rambha area of Odisha’s Ganjam district, late last night.

According to reports, around 50 tourists were returning in the ill-fated vehicle after visiting Puri. The driver of the bus lost control over the wheels, as a result of which it turned turtle.

The victims were rescued by police and admitted to the Chatrapur Hospital for treatment.

Weekly Horoscope 25 April to 1 May 2022: Astrological Prediction for all Zodiac Signs