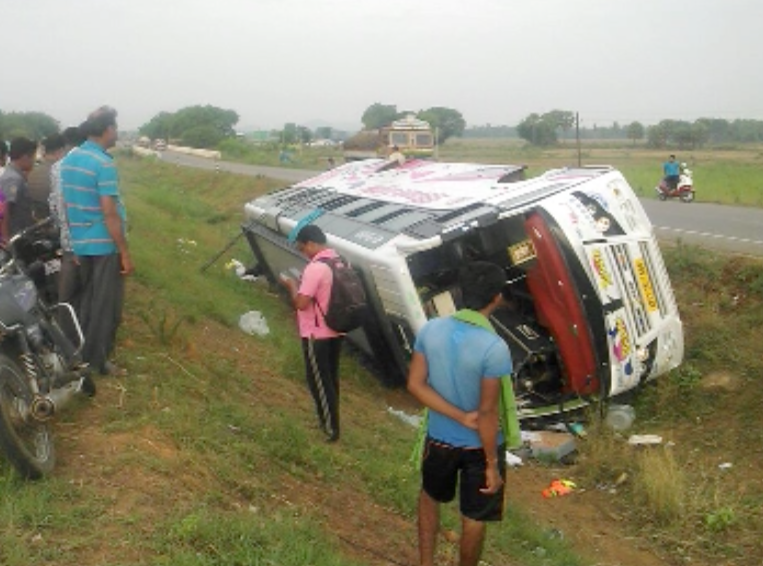 As many as 25 persons were injured when a tourist bus carrying about 40 pilgrims overturned near Mulapala in Odisha’s Jajpur district in the wee hours of Tuesday.

According to reports, the tourist bus, which originated its journey from Guntur in Andhra Pradesh, was on its way to Kashi in Bihar. The driver of the ill-fated vehicle lost control over the wheels near Mulapala following which it turned turtle.

While 25 persons were injured in the mishap, 12 of them sustained grievous injuries and were admitted to SCB Medical College in Cuttack.

No respite from heat wave in Odisha till May 30