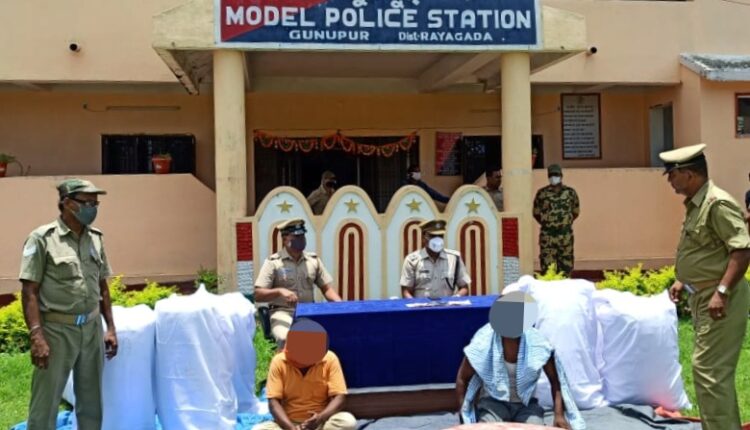 Rayagada: Gunupur police last night seized 298.6 kg of ganja from a truck in Odisha’s Rayagada district and arrested two persons in this connection. Cash of Rs 1,04,100 was also seized from the possession of the accused duo.

According to police sources, the truck was intercepted by cops at Bangi Chhak around 11.30 PM during night patrolling. On search, the cannabis packed in eight polyphone bags worth Rs 30 lakh was recovered from the vehicle.

The arrested have been identified as truck driver Bir Singh and Jitendra Patika, who was allegedly involved in smuggling the contraband.

Investigation revealed that the ganja was being transported to Uttar Pradesh. Further probe was underway to ascertain the involvement of others in the offence.