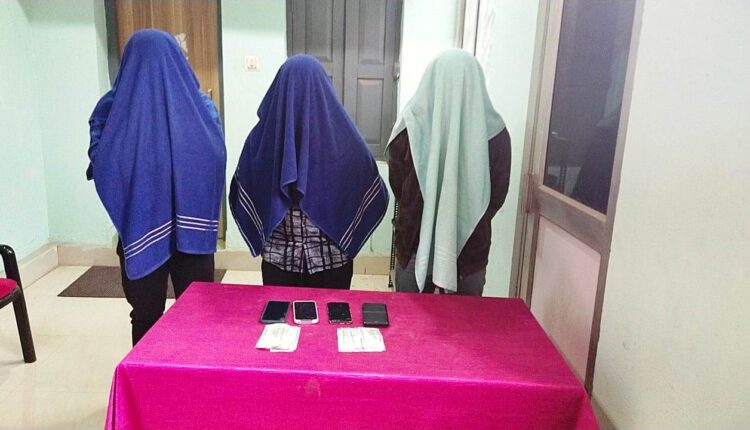 Bhubaneswar: The Capital police today arrested three persons on charges of collecting Rs 15,000  from each ANM worker sitting on dharna at Lower PMG here on the pretext of issuance of appointment letter for the post of ANM.

Reportedly, an inquiry was conducted based on an audio clip of a conversation between one K Aswini Dora and Bharati Pradhan relating to inducement of Rs 15, 000 from each ANM worker agitating  at Lower PMG here demanding job regularization.

After inquiry, it was ascertained that a conspiracy was hatched by  accused K Aswini Dora (23) of Pandiapathara under Aska police limits,  Santosh Kumar Sahu (23) in Tarsingh police station area and Rajkishore Achari of Kabisurjyanagar of Ganjam to collect Rs 1 crore from the ANM workers. They had allegedly collected a lump-sum amount from many of them, sources said.

The cops also seized mobile phones, in which the conversation was made and Rs 21,000 cash from their possession ( Rs11 000 from from K Aswini Dora and Rs 10,000 from Santosh Kumar Sahu).