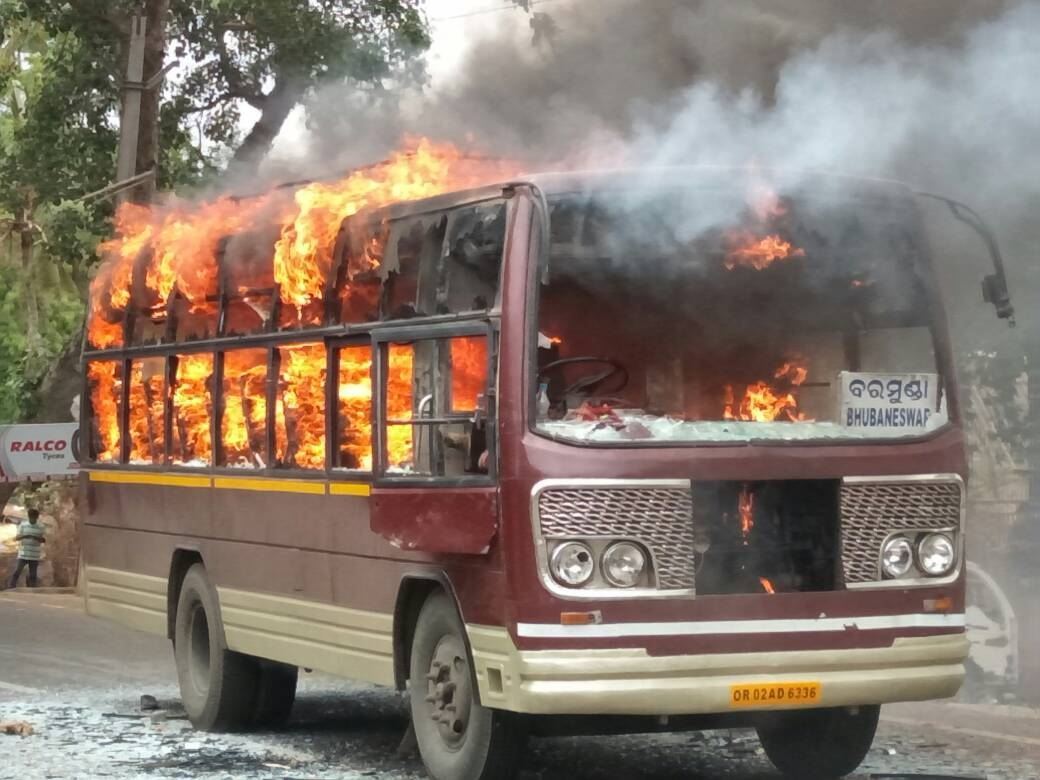 Death of a couple in a bus accident at Hata Chhak in Pipili of Odisha’s Puri district today sparked tension as irate locals set three buses on fire over the incident.

According to information, Hadu Khan and Kuni Bibi– the deceased couple– were hit by a bus from rear when they were travelling on a moped leading to their death on the spot.

Following the accident, locals set on fire the bus which caused the road mishap and two other buses.

Police reached the spot on being informed about it but faced public ire with an ASI being reportedly attacked by the locals.

Vehicular movement on Puri-Bhubaneswar road was affected due to the incident, reports said.