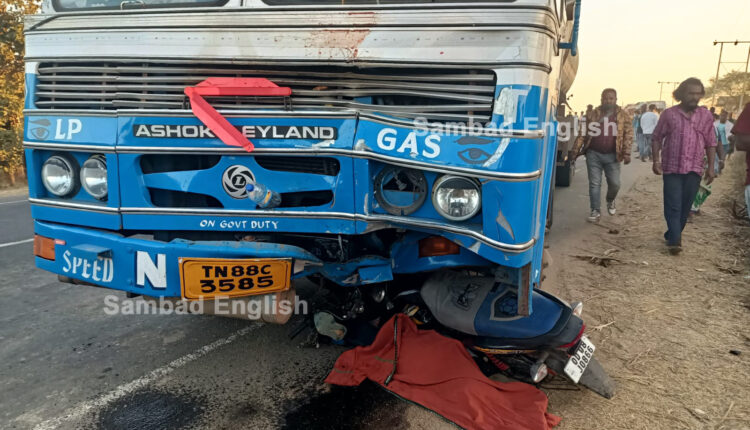 Utkela/Bhawanipatna: In a tragic road mishap, three youths were killed on the spot after a bike on which they were travelling collided head-on with a gas tanker today afternoon on NH-26 near Bhawanipatna town in Kalahandi district.

The three deceased have been identified as Akshay Kumar Gauda, Tutu Gauda and Raghunath Gauda, all belonged to Ruinpali village near Lalpulia Square in the district.

A senior police official said that the youths were on their way back from Utkela, when they met with the fatal accident. They were returning after playing a cricket match, which was organised at Utkela. The accident took place near Belamal radio station under Sadar police limits at around 4 pm.

On being informed by some locals, Sadar police reached the spot and recovered the bodies. Police have registered a case in this connection and launched a probe.

Tension ran high following the road mishap. Hundreds of local residents staged roadblock demanding compensation. Later, kins of the deceased youths including a number of cricketers reached the accident site and joined the protest, which was underway till filing of this report.