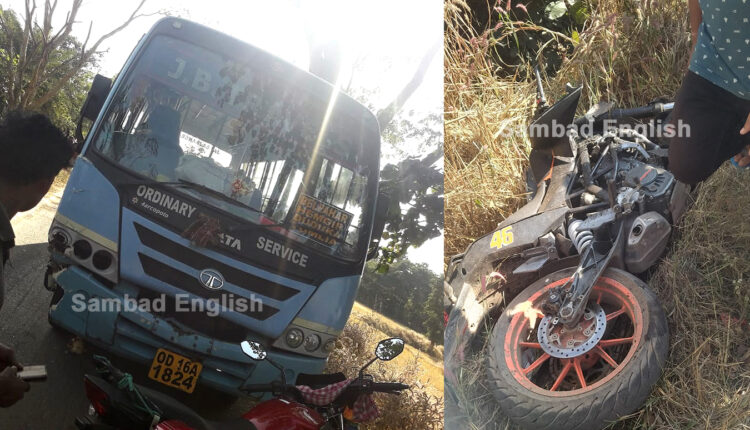 Hemgir: In a tragic road mishap, three youths were killed as a bike on which they were travelling hit a bus from the front at Tumulia Square under Hemgir police limits in Sundargarh, today. Two youths died on the spot and another while undergoing treatment at hospital.

Two deceased were identified as Shyam Gidhili (30) and Ishwar Pandey (32) and the other one as Om Prakash Bhainsal (33). Two of the youths belonged to Gopalpur locality of the district.

The bus (bearing registration number OD-16 A-1824) was on its way from Tumulia to Brajarajnagar of Sundargarh district, when it met with accident.

The injured was rescued by some locals and rushed to Hemgir community health centre (CHC) in critical condition. Later, he was shifted to Sundargarh district headquarters hospital (DHH) after his condition deteriorated. However, doctors treating him at the health facility declared him ‘dead’.

Hemgir police have sent the bodies for post-mortem and launched a probe.