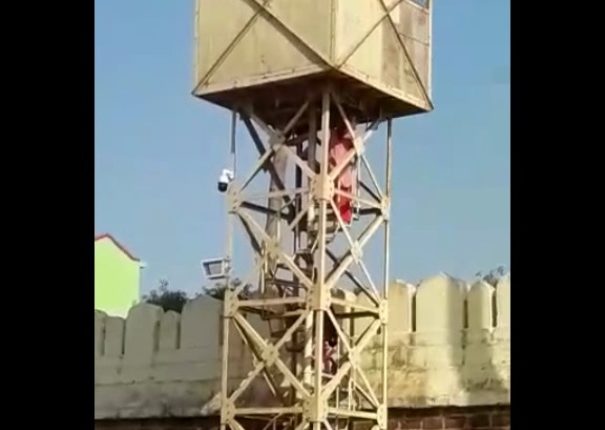 Puri: Questions are being raised over security around Srimandir after three women foreigners were spotted on a police watchtower here.

A video clip aired on news channels shows that three women foreign nationals are descending from police watchtower located in north-west corner of the Jagannath Temple reportedly after clicking pictures of prohibited areas adjacent to Koili Baikuntha, the burial ground of temple.

Despite tight security measures and strict rules imposed by the temple administration, eyebrows being raised as to how the foreign tourists used the police watchtower and took pictures of the restricted areas of the temple premises.

While the state government demolished old structures situated at distance of 75 metre from Meghanad boundary wall around Srimandir for beautification project to transform it as World’s heritage site, the incidents of entry of devotees with smartphones and taking selfies as well as pictures of temple premises are surfacing on social media time and again.