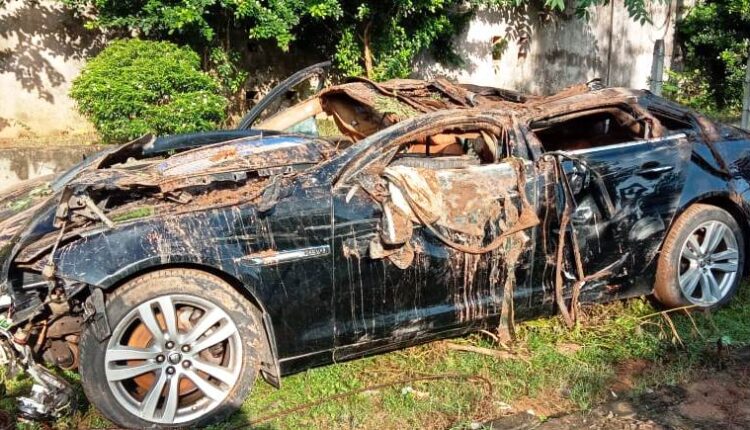 Cuttack: In a tragic incident, three youths, including son of former MP Amar Pradhan were killed after the car they were travelling in fell into a roadside canal near Telengapentha on Cuttack-Bhubaneswar road in wee hours today.

Two of the three deceased have been identified as Ankur Pradhan, son of the Sambalpur ex-MP and one Goutam Das.

Sources said the  incident took place at around 3 AM today when the youths of Jagatpur area in Cuttack were heading to Bhubaneswar in the luxurious car in high speed. The trio died on the spot.

On receiving information, Cuttack Sadar police reached the spot, sent the bodies  for post-mortem and seized the vehicle. An inquiry has also been initiated by the cops in this connection.

The deceased are yet to be identified.

Woman killed, 1 hurt in road mishap on OMP overbridge in…