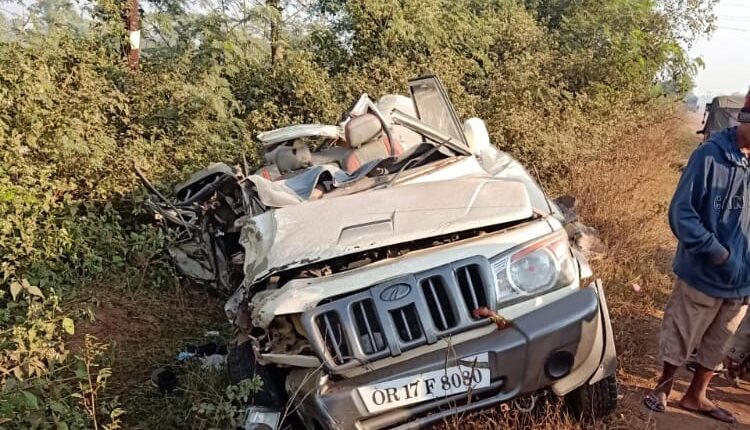 Bargarh: In an unfortunate incident, at least three persons were killed and four others suffered critical injuries after a marriage party vehicle collided head-on with a truck near Kondatarai in Chhattisgarh.

The four injured have been rushed to  Veer Surendra Sai Institute of Medical Sciences and Research (VIMSAR), Burla for treatment.

As per reports, an SUV was carrying the people from Katapali in Bargarh district for a marriage party in Raigarh of Chhattisgarh when the accident took place.