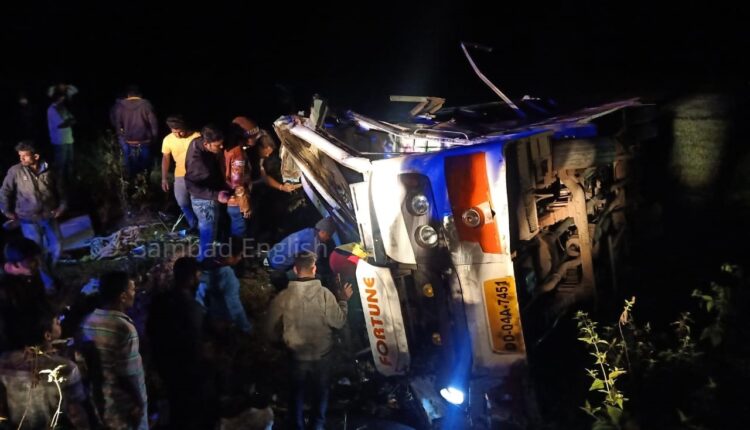 Rayagada: At least three persons were killed and more than 15 others sustained injuries as the bus in which they were travelling overturned near Hajaridanga village in Bissamcuttack area of Odisha’s Rayagada district last night.

The deceased were identified as the driver of the bus, the helper of the vehicle, and a passenger.

According to reports, the ill-fated vehicle (OD-04A-7451) was heading towards Cuttack from Laxmipur. The driver of the bus lost control over the wheels around 10.30 pm, as a result of which the vehicle skidded off the road and turned turtle on roadside farmland.

Several passengers were trapped in the bus that was mangled in the road mishap. On being informed, police rushed to the spot and initiated rescue operation with the help of locals.

The injured ones have been hospitalized while police recovered the three bodies for post-mortem.