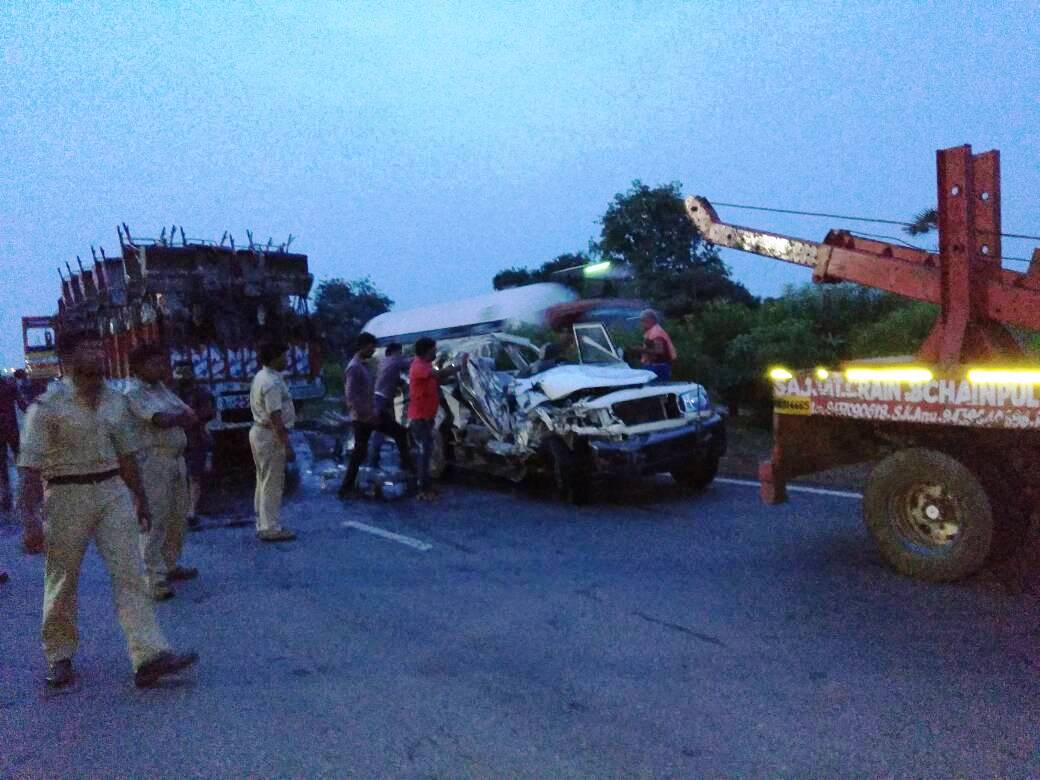 Balasore: A deadly collision between an ambulance and a truck on NH-16 near Dahisada in Odisha’s Balasore district early this morning claimed lives of three persons and critically injured three others.

According to reports, the ambulance was on the way to SCB Medical College and Hospital in Cuttack carrying a patient and some others from Bardhaman district in West Bengal.

The driver of the ill-fated ambulance lost control over the wheels and dashed into the road divider thereby taking the vehicle to the other side of the road following which it got collided with a speeding truck coming from opposite direction.

While three persons, including the ambulance driver, died on the spot under the impact of the collision, three others were grievously injured.

On being informed, police reached the spot, rescued the victims and admitted them to hospital.

Admission into Plus II courses begins today in Odisha