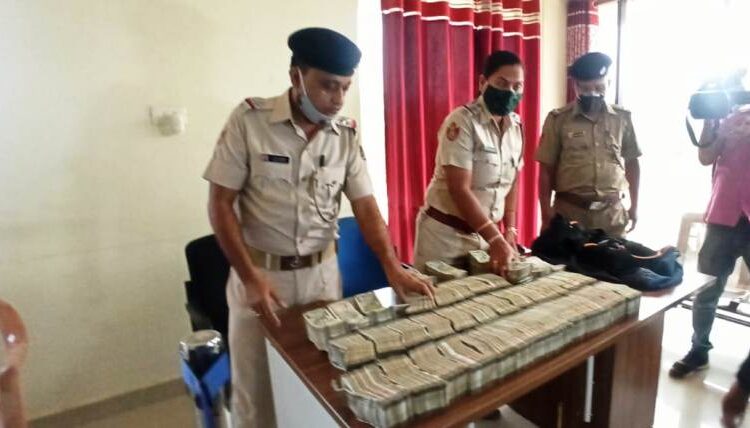 Bhubaneswar: The Commissionerate Police today arrested three police personnel for ‘lifting’ lakhs of rupees during a raid on a hotel in the state capital. The three cops are- Havildar Dillip Mallick and Constables Sandeep Prusty and Prafulla Bhuyan .

Reportedly, one Kamala Saha, a businessman of Karanjia in Mayurbhanj district, had lent Rs 10 lakh to one Maheswar Sahu, who did not repay the amount thereafter. In stead, the latter along with three others hatched a plan to dupe the businessman of Rs 1 crore. On the pretext of lucrative returns through a scheme, he managed to convince Kamala to give Rs 1 crore.

Accordingly, the victim had come to Bhubaneswar with Rs 1 lakh stashed in 40 packets (Rs 2.5 lakh in each packet). He was supposed to give the money to the accused in a hotel in Airfield police station area today.

Acting on a tip-off about some the fraudulent activities,  a police team raided the hotel  and nabbed all the five persons, including the victim. The cops also seized 31 packets containing the cash. Later during interrogation, the police learnt that three cops, including two Constables had lifted nine packets containing the cash during the raid and arrested them too.

So far eight persons have been arrested in this connection and the nine packets have also been recovered from the arrested cops, said police.