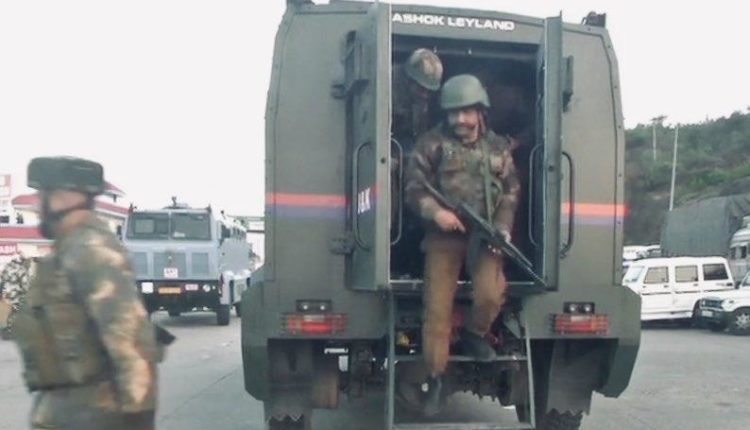 Jammu:  Two more terrorists have been gunned down in an ongoing encounter in Jammu on Friday, taking the total number of killed terrorists to three, police said.
One policeman was also injured in the encounter.

The incident took place at around 5.45 a.m., when a police team was randomly checking vehicles near the Nagrota toll post on the Jammu-Srinagar national highway and intercepted a Srinagar-bound truck.

Speaking to IANS, Jammu and Kashmir Director General of Police (DGP) Dilbag Singh said that the module is from a fresh infiltration that could have happened from the International Border in Jammu last night.

He further said it was a group of four Pakistani terrorists who were going to Kashmir. The truck was stopped as part of regular checking in Nagrota.

One terrorist was shot down in the first exchange of fire in which a policeman was also injured. The other three terrorists ran into the forest. Singh said that a search operation was immediately started and an exchange of fire ensued.

A large quantity of arms and ammunition has been recovered.

Sources said that it seems to be a Jaish-e-Mohammed module, which had infiltrated from the Hiranagar – Kathua International Border in Jammu.

Sources also said that one suspect has been apprehended by the police, who is an overground worker of the terror outfit.

Police sources said some locals were trying to help the terrorists to move from Jammu to Srinagar.