The incident occurred when the children were going to attend tuition classes on bicycles this morning. 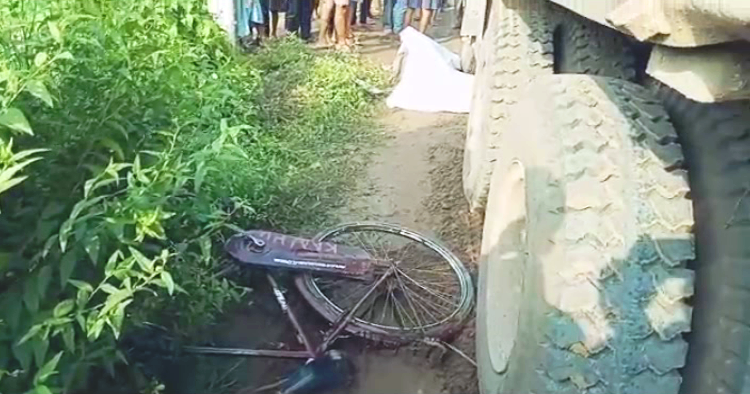 Cuttack: In a tragic start to Saturday, a school student died while his two friends suffered grievous injuries after a hyva truck hit them near Bhutamundai on Cuttack-Paradip road this morning.

The incident occurred when the children were going to attend tuition classes on bicycles. While one Kanhu Charan Mohanty died on the spot, two injured kids were immediately rushed to Kujanga Community Health Centre (CHC) for treatment.

On receiving information, a police team rushed to the spot for an inquiry.

Tension further prevailed in the area, after around a hundred angry locals staged a road blocked on the road by burning tyres. They demanded immediate compensation for family members of the deceased. The police personnel were trying to pacify the locals till last reports came in.

Two girls among 3 go missing as boat capsizes in Odisha