3 siblings critical as truck rams into house in Odisha 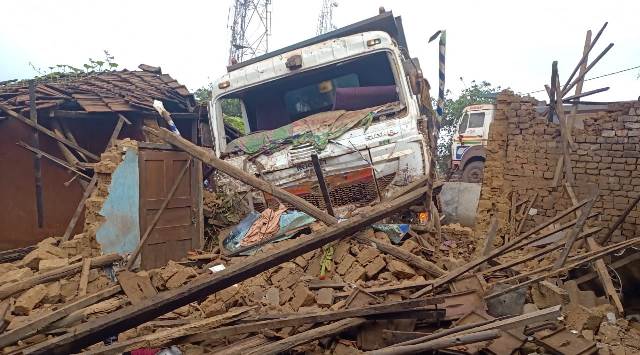 Keonjhar: In a tragic incident, three members of a family, including two minors, sustained critical injuries as a truck rammed into a house inside which they were sleeping near Darbi chhak under Balani police limits in Odisha’s Keonjhar district late last night.

The victims have been identified as Reshmi (20), Anjali (10) and Karan (13), all siblings. Their parents had a narrow escape as they were sleeping in another room. The house was severely damaged in the incident.

While Reshmi sustained fracture on leg and waist and admitted to the District Headquarters Hospital, Anjali and Karan are undergoing treatment at the Barbil Community Health Centre.

Ṭhe driver of the truck fled the spot after the accident. Police have seized the vehicle and detained its owner for questioning.