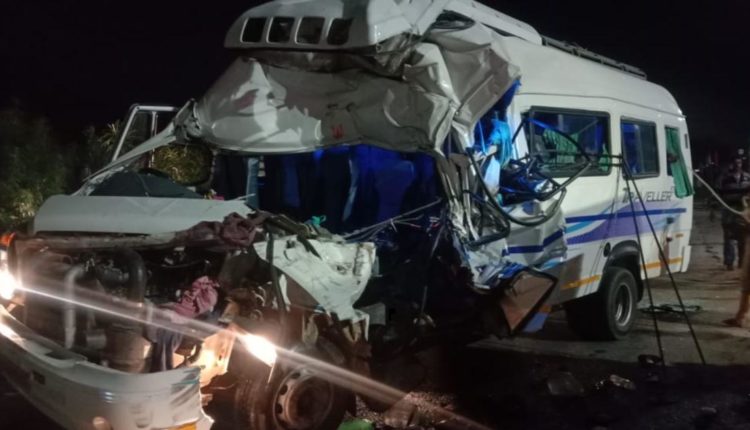 Balasore: In a tragic incident, at least three tourists died and ten others sustained critical injuries as a mini bus in which they were travelling hit a truck from rear near Sheragada toll plaza in Odisha’s Balasore district in the wee hours of Sunday.

According to reports, the ill-fated mini bus carrying as many as 25 persons from Balisahi in Puri to Devkund in Mayurbhanj rammed into a stationary truck which was parked on roadside, killing three of them and leaving ten others grieviously injured.

The victims have been admitted to the Balasore District Headquarters Hospital for treatment. Police have started investigation into the incident.