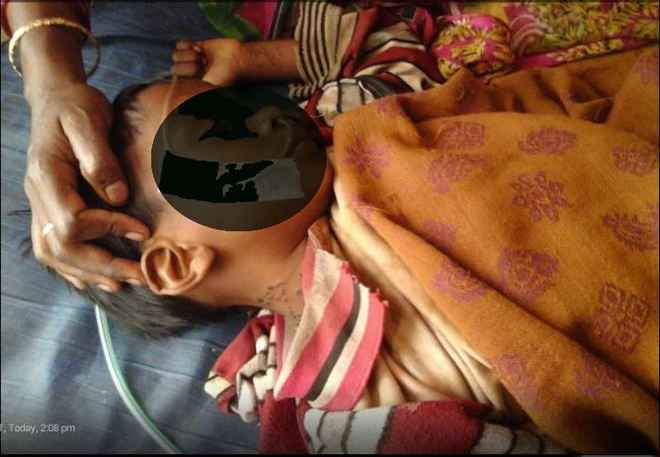 In yet another shocking incident, a three-year-old child has been branded with hot iron in Odisha.

The child identified as Barun Dehury of Balada village under Joda block of Keonjhar district has been admitted to the district headquarters hospital here in critical condition.

“Barun was suffering from high fever for the last four days. He was taken to the hospital for treatment where doctors told that he was suffering from cerebral malaria. Following that, we took him home. Since fever continued his aunt branded him on his neck and leg to cure him of his illness. However, as his health condition deteriorated we have admitted him to the district headquarters hospital here,” said  Barun’s father Purna Chandra Dehury to reporters here.

“The child’s condition is critical. Today he had three-four epileptic seizures. We have put him on respiratory support,” informed attending paediatrician Dr. Ajay Mohanty.

Was apprehensive of kissing scenes in ‘Raaz Reboot’: Kriti Kharbanda

At least one killed, 28 injured as wall collapses in Odisha school