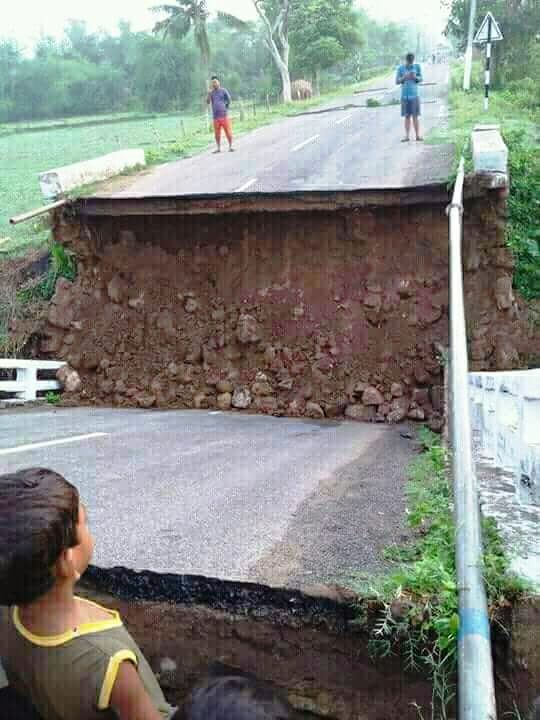 Berhampur: A bridge over Ambakhala nullah near Buguda in Odisha’s Ganjam district, which was constructed mere three years ago, collapsed last night.

Vehicular movement between Berhampur and Nayagarh via Buguda has been severely affected following the incident. Hundreds of vehicles remained stranded on both sides of the road.

According to reports, the bridge caved in about 15-feet deep after rainfall in the area last night. Fortunately, there was no movement of vehicles during the collapse. No casualties have been reported in the mishap.