30 cinema halls in Odisha likely to get shut 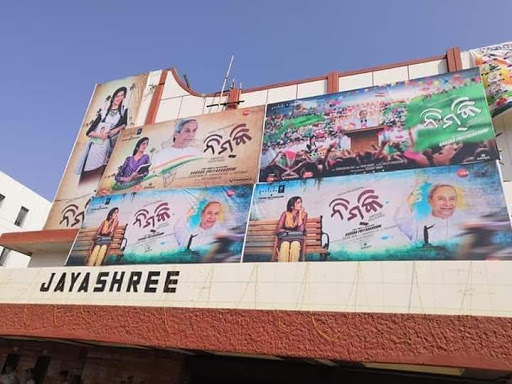 Bhubaneswar: Fate of single-screen cinema halls in Odisha remains uncertain with many of the theatres are finding it difficult to resume operations after huge loss caused by COVID-19 lockdown.

Closure of cinema halls for the last four months as part of the lockdown restrictions has severely hit the business leading to financial burden for the owners. In fact, many theatre owners are finding it increasingly difficult to pay electricity bills of the facilities, let alone payment of salary to their employees.

Recently, management of Jayashree talkies, one of the oldest single-screen cinema halls in Cuttack, KMBM theatre in Baripada and Janata Cinema Hall in Puri  recently stopped screening of movies. As per sources, more 30 such cinema halls are going to shut their operations in the state in coming days.

Worth mentioning, the 1999 Super Cyclone had broken the backbone of cine industry of Odisha. While there were around 300 cinema halls in the state before the  Super Cyclone, the number has so far come down to 90.

Odisha Cinema Hall Owners’ Association President Bijendra Mohanty said mostly film lovers in Odisha go to single-screen theatres to watch regional movies. The cinema halls has been contributing to the business of Ollywood industry in a big way. But the halls are loosing its audience these days, thanks to lack of quality and original Odia movies, he added.

New eye drops to prevent common cause of blindness