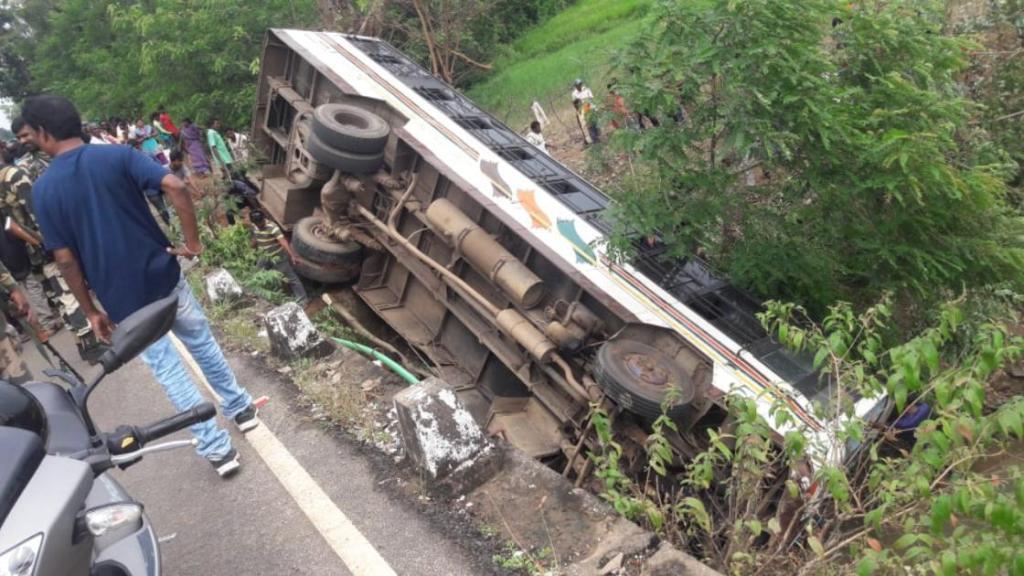 Malkangiri: A bus carrying around 40 persons overturned near Govindapalli in Odisha’s Malkangiri district today injuring 25 of them.

The ill-fated bus was on its way to Chitrakonda from Jeypore. Some elderly persons and children are among the victims, reports said.

On being informed about the road mishap, locals rushed to the spot, rescued the injured ones and admitted them to hospital.