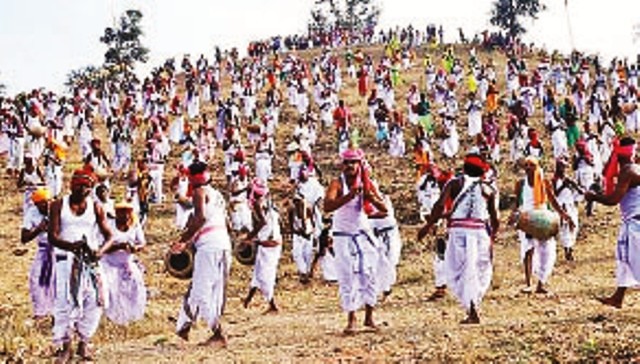 Bargarh: Making a unique attempt to enter into Limca book of records, a huge number of folk artistes performed together on the occasion of famous Karamsani festival in Odisha’s Bargarh district.

As many as 3,000 artistes played drums and moved to beats of folk songs at Karamsani – folk dance and music festival – held under banner of Sambalpuri Folk Academy at Mahajan Dunguri near Saradhapali village under Gaisilat block in western Odisha district on Sunday.

All the artistes showcased their skills by playing music and performing dance simultaneously at the folk festival coordinated by Guru Rabi Ratan Sahoo.

Worth mentioning, Karamsani is a tribal festival celebrated within the fold of the Sambalpuri folk tradition. It is one of the cultural events, in which the performers dance to honour the deity Karamsani.

Two Odisha youths in Limca Book of Records for longest…