A special postal cover celebrating the 75th Year of the Orissa High Court and a cancellation cachet was also released during the event. 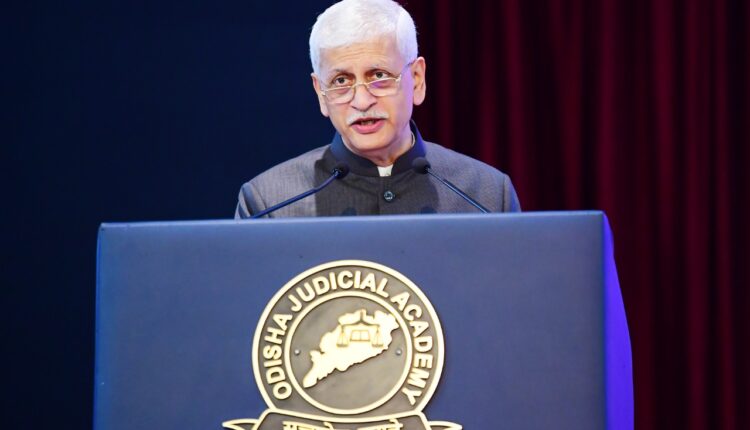 Cuttack: In a move towards ensuring speedy delivery of justice, Chief Justice of India (CJI) UU Lalit formally inauguarated 34 paperless courts in all 30 districts of Odisha at a special function held at the Judicial Academy in Cuttack here today. A special postal cover celebrating the 75th Year of the Orissa High Court and a cancellation cachet was also released during the event. Chief Justice of Orissa High Court S Muralidhar delivered the welcome address and spoke about the digital ecosystem, e-filing, e-counter, VWDC, e-payment of court fees, paperless court and e-library apart from the digitization of the Orissa High Court. Attending as chief guest, CJI UU Lalit delivered the keynote address. He spoke about the technological advancements made in the judiciary which made it possible for a person from Tiruchirapalli file a case in the Supreme Court directly without having to move physically to Delhi with the case record. Congratulating the Orissa HC on the launch of the paperless courts, he said the move would not only be effective in justice delivery but also environment-friendly.

Supreme Court judge Justice DY Chandrachud spoke about how the Orissa HC under the leadership of CJ S Muralidhar has seen a monsoon of initiatives and hoped that the paperless courts would make the system more transparent, accessible to lawyers and litigants. Supreme Court judge Justice MR Shah shared his experience in the IT and asked stakeholders to accept the change to augment better delivery of justice. Odisha Chief Secretary along with secretaries of various departments attended the event virtually.

The dignitaries and participants expressed hope that the paperless courts would be pivotal in fulfilling the objective of speedy justice while saving the environment.