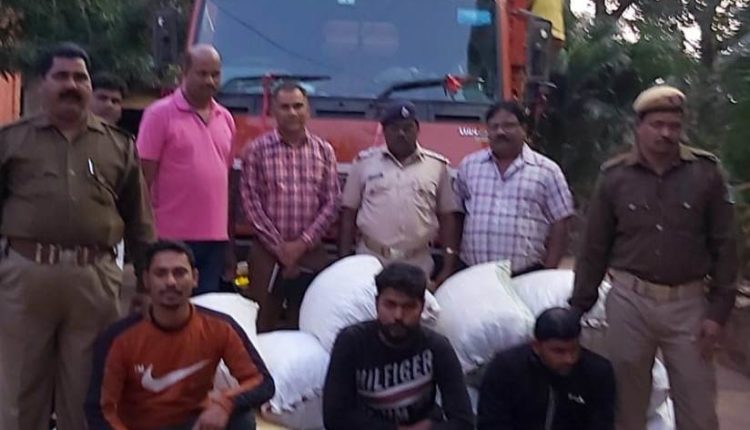 Koraput: The district police today seized a huge cache of ganja weighing 349 kg while the contraband was being smuggled in a truck, and arrested as many as three persons of Uttar Pradesh in this connection.

According to police sources, a mini truck was intercepted by cops on NH-326 near Bichalkota village in Boipariguda area of the district around 11.30 am. On searching the vehicle, police found 14 packets of ganja, which were being illegally transported to Bareilly, UP.

The three accused have been identified as Amar Singh (35), Ravindra Singh (32) and Amit Kumar (24). Besides ganja, cops have seized the vehicle, four mobile phones and Rs 3220 from their possession. They had procured the ganja from Lamtaput in the district, sources added.