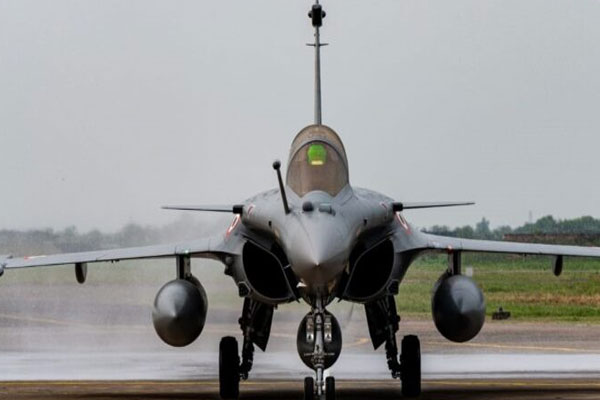 Lucknow:  Combat aircraft, including the top-of-the-line Rafale or Sukhoi, will soon be able to land and take off from an airstrip being developed on the 340-km long Purvanchal Expressway in Uttar Pradesh.

The government is developing a stretch of 3.2 kilometres near Sultanpur district on the Expressway where combat aircraft can land and take off.

“The stretch is being developed in such a manner that any combat aircraft can land and take off. It is part of the Expressway and we are in regular talks with the Indian Air Force,” Awanish Kumar Awasthi, Additional Chief Secretary of the Uttar Pradesh government, said.

Awasthi, the 1987-batch officer, is looking after expressway projects in the state.

The officer said that 85 percent of the total work of the Purvanchal Expressway has been completed and he is hopeful that by March it will be completed fully.

In 2017, 16 Indian Air Force (IAF) aircraft had performed landings and touch-and-go manoeuvres on a stretch of the Lucknow-Agra Expressway.

Back then, the C-130J Super Hercules aircraft had landed with Special Forces commandos as part of the drill.

The Centre has taken an initiative to develop roads and highways in a manner that permits combat aircraft to land and take off in times of crisis.

The Indian military has for long flagged the threat of war fro two fronts. With the disputed border with China and Pakistan active at the same point of time, the armed forces are stretched to the maximum. The government is pushing for development of infrastructure for armed forces.

The Indian Air Force, Border Road Organization, Ministry of Road Transport and Highways and state governments are working together to ensure that the quality of road or expressway permits its usage for landing and takeoff of IAF aircraft.

Earlier, the Prime Minister’s Office had also issued directives in this regard, after which all the stakeholders had started working in sync.

The road construction agencies have been aligning and realigning the roads and highways design in consultation with the IAF to ensure that combat jets can use this infrastructure as and when required.