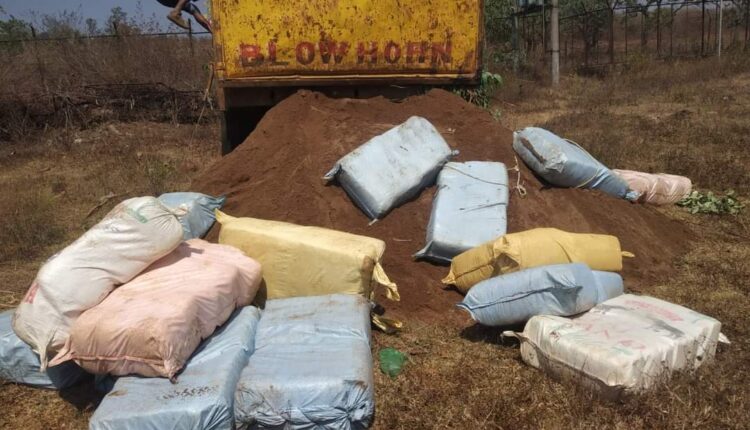 Bhubaneswar: Drug smugglers are finding innovative ways to hide cannabis and move the contraband item in Odisha and outside the State. One such instance was reported from Korput district in which 4.32 quintals of cannabis were found being smuggled in a sand-laden tipper truck.

During a night patrolling yesterday near Daaka Bangala Chhak, police personnel of the Padua Police Station were frisking vehicles. They suspected the movement of a sand-laden tipper truck bearing registration no- OR18 C 2616 and intercepted the vehicle.

A search of the tipper truck was carried out by the police personnel. They recovered packets containing cannabis underneath the sand loaded in the tipper truck. Following this, the vehicle was seized and driver, Chandra Pangi from Lamtaput area was arrested.

In presence of a Tahsildar, the seized cannabis were weighed today and found to be of 4.32 quintals.

A case no 13/21 was registered at the Padua police station and investigation into the matter is on.