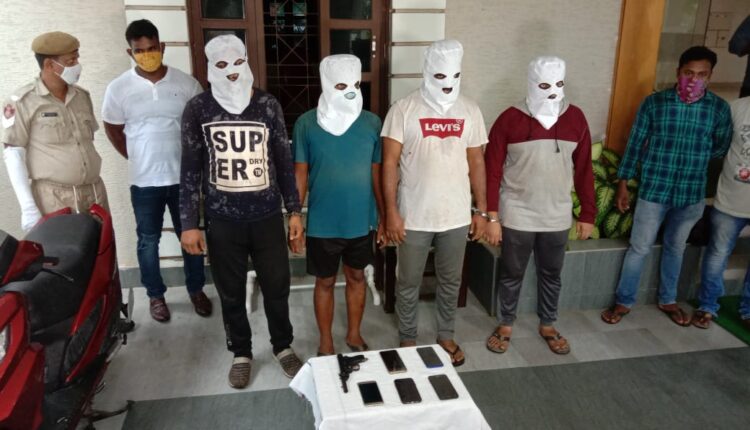 The accused have been identified as Md. Asif alias Pintu (28) of Pension Lane here, Dilnawaj Khan (28) alias Chiku of Deewanbazar here, Sayed Rehman Alli (28) alias Muna of Odiabazar, and Md. Javed (31) of Kesharpur here. All of them are close associates of gangster Sakil who is currently lodged in Keonjhar District Jail under NSA.

As per the police complaint lodged by trader Mir Mohammad Raja (33) of Pension Lane, he was present at his mobile phone accessories shop in the locality on August 13 when Pintu and Chiku arrived on a motorcycle around 4.10 pm for the purpose of extortion as per the direction of Sakil under conspiracy with Muna and  Md. Javed.

The two took the businessman to a secluded place and asked him to talk to a person over a mobile phone who identified himself as Sakil. The person during the telephonic conversation demanded Rs 10,000 from him. As the complainant expressed his inability to pay the amount due to poor business amid COVID-19 situation, Pintu and Chiku threatened him at gunpoint to give the money. The miscreants warned him of destroying his shop by bombing and killing his family members.

Acting on the complaint, police apprehended the four accused and seized a country-made pistol, a scooter and five mobile phones from their possession.

Police sources said Sakil is operating the gang for extortion even after being present inside the jail.