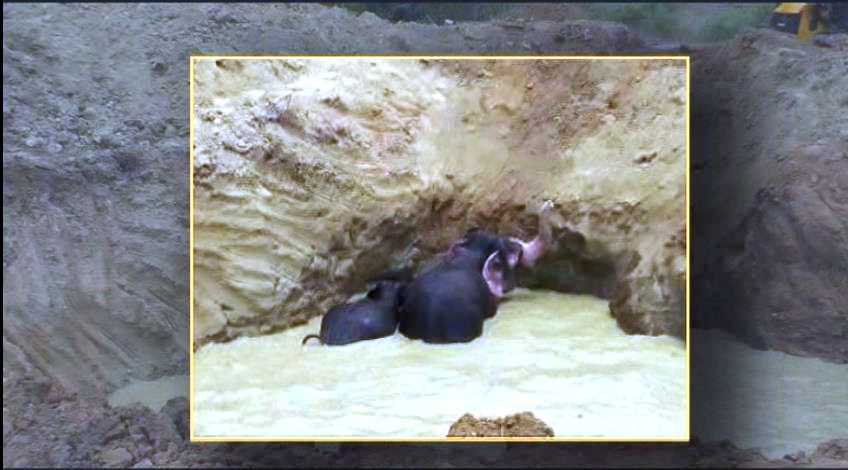 Forest officials have rescued four elephants– two calves and their mothers– from a well and a muddy pond at different places of Tarsingi forest range of North Ghumusar forest division in Odisha’s Ganjam district.

According to reports, the animals had fallen into the well and pond yesterday while coming to the area in search of water.

On being informed, Forest staff reached the spot and rescued them using cranes, reports said.

After being rescued, the animals were released into the wild.