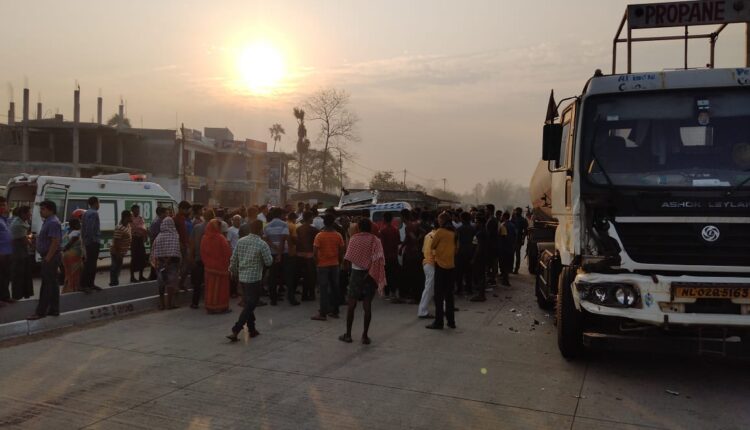 Angul: At least four persons died and three others sustained critical injuries as an ambulance and a truck collided on NH-55 near Jarapada Chhak in Odisha’s Angul district, today.

The mishap took place this morning when the ill-fated ambulance carrying seven persons from Burla was heading towards Cuttack. The four died on the spot, reports said.

On being informed, police reached the spot, recovered the bodies for post-mortem, and initiated an investigation. The injured ones have been admitted to the Angul District Headquarters Hospital for treatment.

The truck was seized by police while its driver was detained for questioning.