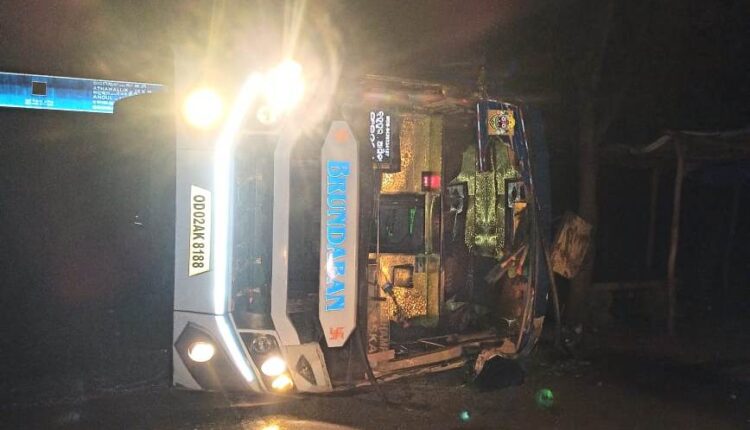 According to reports, a bus carrying passengers to Berhampur from Hirakud rammed into a stationary SUV and overturned at Kiakata Chhak in Angul district last night.

While two occupants of the SUV died on the spot under the impact of the collision, around 30 passengers of the bus sustained injuries.

As many as six of them who were critically injured have been admitted to VIMSAR in Burla while other victims are undergoing treatment at Boudh District Headquarters Hospital.

On the other hand, an iron ore laden truck hit another truck from rear on NH-20 near Biragobindapur Chhak under Ghasipura police limits in Keonjhar district last night killing two persons on the spot.

Driver and helper of a truck were attaching new tyre to the vehicle when the iron ore laden truck dashed against it. The two died on the spot. Police have recovered the bodies for post-mortem.