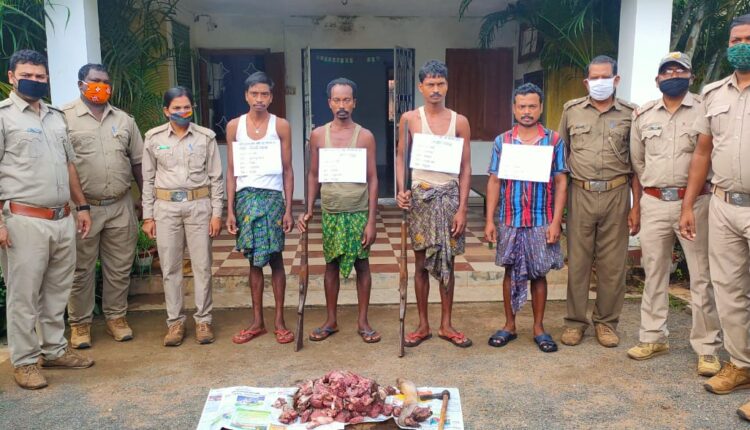 The accused have been identified as Narayan Bhoi, Daitari Bhoi, Bidyadhar Bhoi, and Bhikari Bhoi. Boar skin, 20 kg flesh, two country-made guns and one axe were seized from their possession.

As per official sources, the four had hunted a boar in the forest and were butchering the animal when Forest officials, acting on a tip-off, reached the spot and apprehended the poachers.

On the other hand, four associates of the accused, who were present at the place, managed to escape and evade arrest.