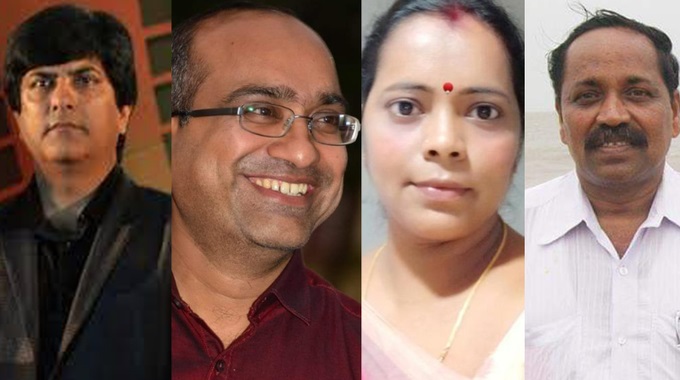 The BJD leaders — Subhas Singh, Munna Khan, Sujit Kumar and Mamata Mahanta — are among 61 Rajya Sabha MPs were administered oath by the Vice-President M. Venkaiah Naidu, who is the Chairman of Rajya Sabja, in the House chamber.

For the first time, the oath taking ceremony took place in the House chamber due to pandemic situation and the elected members of the Upper House of Parliament took oath when the House is not in session.

Total 61 members have been recently elected to Rajya Sabha from 20 states, out of which 4 are from Odisha.

Earlier, the oath-taking ceremony was deferred in view of concerns expressed by some of them over travelling to New Delhi during lockdown due to COVID-19 pandemic.

The Rajya Sabha elections were held for 61 seats between March and June, of which 42 members were elected unopposed in March.

Four BJD leaders had been elected to the Upper House unopposed on March 18 as opposition parties BJP and Congress did not field any nominee for the Rajya Sabha polls scheduled to be held on March 26.

Though four Independent candidates had filed nomination papers, their candidature were rejected for not having the required 10 MLAs as proposers.

Shutdown announced in one more district in Odisha