4 students shot at in Maharishi Dayanand University in Rohtak 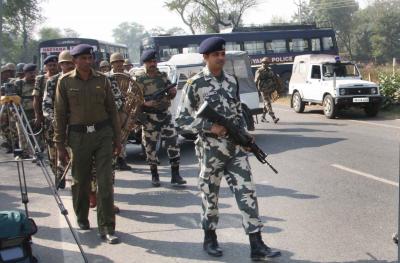 Rohtak (Haryana): As many as four people were injured in an alleged firing at the Maharishi Dayanand University in Haryana’s Rohtak on late Saturday evening, police said.

“Four people shot, admitted to PGIMS Rohtak in critical condition of which at least one is a student. Youth in a car had fired on another car,” Parmod Gautam, Station House Officer at PGIMS police station informed.

All the injured persons, identified as Kuldeep, Sushil, Vijit, and Harsh, were taken to a private hospital after they were taken to the PGIMS.

According to preliminary information, one MDU student was injured in the incident, whereas the other three injured were reported to be his friends.

The injured were admitted to a private hospital and the preliminary cause of the shoot-out appears to be a monetary dispute, said the police.