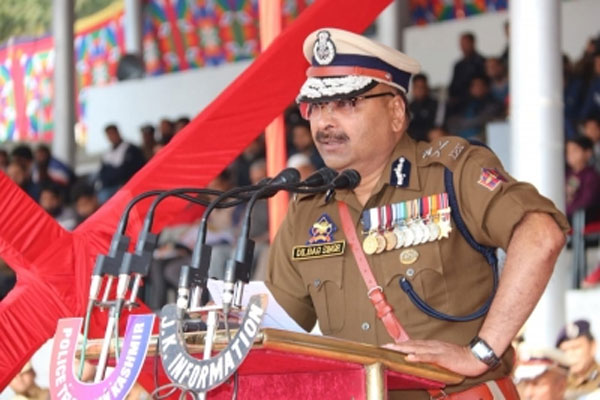 Srinagar: Jammu and Kashmir’s Director General of Police (DGP) Dilbag Singh on Tuesday said 42 terrorists have been neutralised in the last three months, and in 2021 a total of 32 foreign militants were eliminated in various anti-terror actions.

He said this while talking to reporters after the wreath-laying ceremony of a CRPF personnel killed in a terrorist attack at Maisuma in Srinagar on Monday.

He said a larger number of Over Ground Workers (OGWs) of terrorists have been kept out of circulation.

“Terrorists are enemies of people, their handlers across the border can’t digest the fact that people in Kashmir are leading a peaceful life,” he said.

Speaking about the recent terrorist attacks on non-Kashmiri workers in the valley, the DGP said these attacks show the insane nature of terrorists.

“If an animal turns mad, you are aware of the treatment it meets in the end,” he said.

He said the Kashmiris appreciate the contribution of non-local workers.

“Everyone has been condemning the attacks, necessary action would be taken in these incidents,” he said.