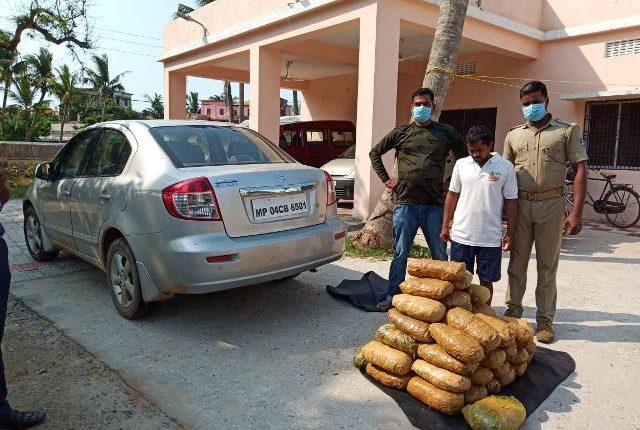 Puri: Excise department officials seized 44 kg of cannabis from a car and arrested one person in this connection from Puri district today morning.

The accused has been identified as Debashis Swain (30), a resident of Nahantara village under Nimapara police limits in the district.

Acting on a tip-off about the contraband being transported in a car, the Special Excise squad led by Excise official Amarendra Jena intercepted the car near Sandha Bazar at around 5 am and found around 44 kg of cannabis inside the vehicle. The officials then seized the car and took Debashis into custody.

The accused was arrested and was forwarded to court later in the day.