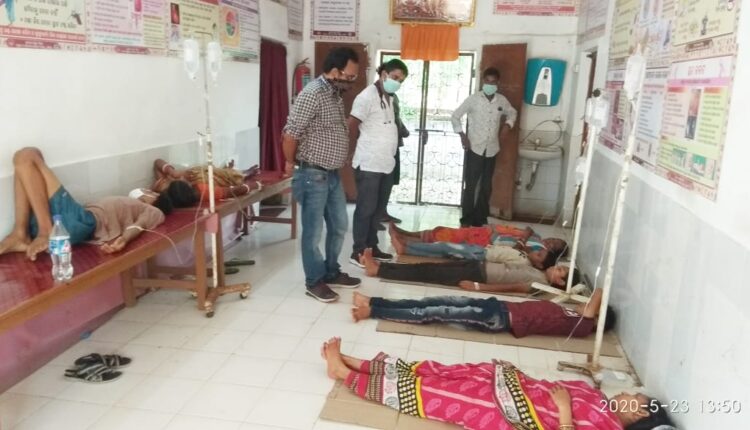 Bhadrak: As many as 45 persons of Rampur village under Banta block in Bhadrak district were hospitalized after consuming Savitri Brata bhog.

As per reports, women of the village distributed bhog after performing Savitri Brata puja yesterday. Few minutes after consuming the bhog, some of the villagers including women and children complained of diarrhoea and vomiting. The villagers were rushed to the Kenduapada hospital in critical condition.

Hospital sources said of the total 45 persons admitted to the Kenduapada hospital, condition of two persons turned critical and they were referred to Bhadrak district headquarters hospital.

Condition of the other persons admitted to the Kenduapada hospital is stated to be stable.