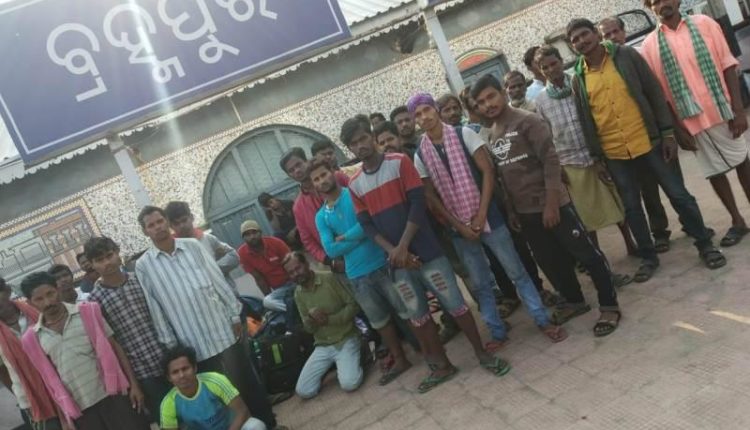 Berhampur: As many as 48 bonded labourers, who were stranded in Karnataka, returned to Odisha today following the state government’s intervention in Ganjam district.

The labourers alleged a contractor, who had taken them to Karnataka for job, of amassing their salaries.

According to reports, around 48 labourers from Sanakhemundi area of the district had migrated to Karnataka with help a contractor, a resident of Adapada locality. They were engaged as the labourers at a company located near Vaddi.

However, they were not paid wages over past four months.

Few days ago, they had informed Ganjam district administration alleging accumulation of their wages by the contractor.

Following their approach, Odisha labour department had directed the company authorities for their release. Later, the firm released the labourers. The victims arrived at Berhampur Railway Station late on Tuesday night.

However, the labourers were found sitting at the station demanding the labour officials to ensure payment of their dues.

Akshay Kumar: Big directors don’t take me in their films