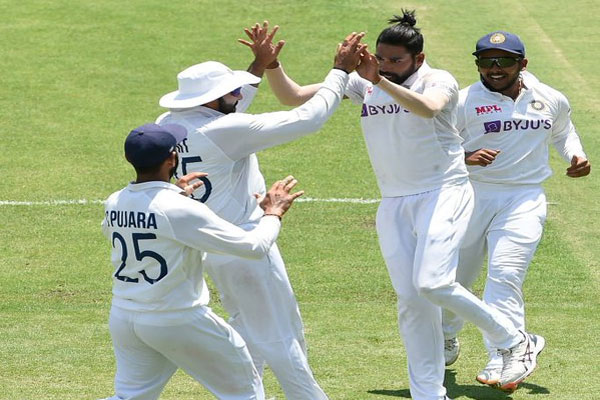 Brisbane: Australia on Monday got bundled out for 294 in their second innings, thus setting a 328-run target for India on Day Four of the fourth and final Test at The Gabba.

Steve Smith was the top scorer for Australia in the second innings as he scored 55 runs off 74 deliveries, with the help of seven boundaries. David Warner, Marcus Harris and Cameron Green made notable contributions of 48, 38 and 37. Pat Cummins and skipper Tim Paine also made scores of 28 and 27 as the host’s second innings came to an end in the 76th over.

Adelaide Test: Bumrah scalps two after India get all out for…

The four-match series is currently tied at 1-1 with Australia winning the first Test in Adelaide and India winning the second in Melbourne. The third Test in Sydney had ended in a draw.