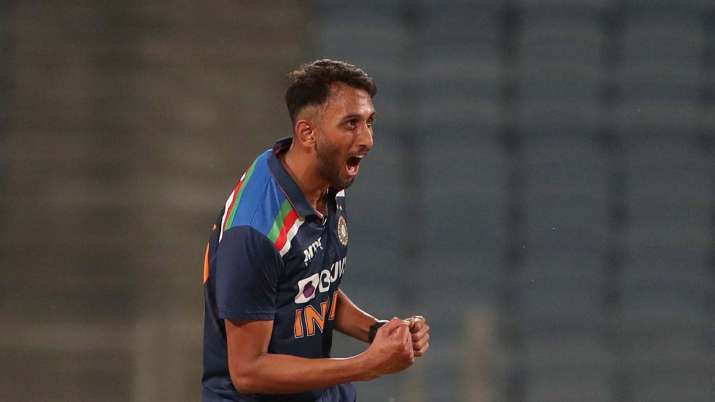 London: Fast bowler Praisdh Krishna has been added to India’s Test squad ahead of the fourth Test at The Oval, said the Board of Control for Cricket in India (BCCI) on Wednesday.

The 25-year-old had been travelling with the Indian team from the start of the tour as a standby player.

“The All-India Senior Selection Committee – based on the request of the team management – has added fast bowler Prasidh Krishna to India’s squad for the fourth Test,” read the BCCI release.

A right-arm pace bowler, Krishna made his international debut in the ODI series against England in Pune in March. He played in all three matches and picked up six wickets, including 4/54 on debut.

In nine first-class appearances, Krishna has picked 34 wickets at an average of 20.26 and an economy rate of 2.79.

Krishna was one of the four players from the Kolkata Knight Riders squad who tested positive for COVID-19 on May 8 and recovered before joining the Indian team in Mumbai for their departure to England for the World Test Championship final and England Test series.

The fourth Test between England and India will be played at The Oval on September 2. The five-match series is tied at 1-1.