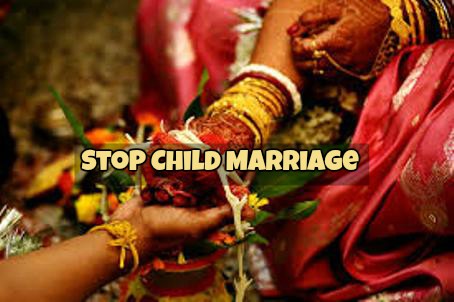 Berhampur: A total of five child marriages have been foiled across Odisha’s Ganjam district following swift action by the administration, officials said on Sunday.

While three attempts to marry off three minor girls were thwarted in Hinjili block, two such attempts were foiled in Sanakhemundi and Bhanjanagar blocks on Saturday, they said.

All the girls were aged between 15 and 17 years, they said.

Officials of the district administration, police officers and activists of an NGO went to the villages after getting information about the attempts to marry off the minor girls, an official said.

Though the families were initially reluctant to drop the idea of marrying off the minor girls, later they realized that such practices are illegal, he said.

“We have convinced the parents and all of them have given undertakings that they will not get their daughters married till they attain the age 18 years,” the Coordinator of Childline NGO, Sai Prasad Samal, said.

The activists of the Childline, police, child development project officer-cum child marriage prohibition officers of the respective blocks had visited the villages to convince the parents of the minor girls, he said.

In the first week of this month, the district administration had stopped at least seven child marriages.

The district administration had foiled as many as 42 such cases in 2019, sources said.

The Ganjam district administration has launched an initiative called ‘Nirbhaya Kadhi’ to prevent child marriages in the district, an official said.

Besides, ‘Mu Sachetan’ (I am aware) programme has also been launched in the schools by the administration to create awareness against child marriage, he said.