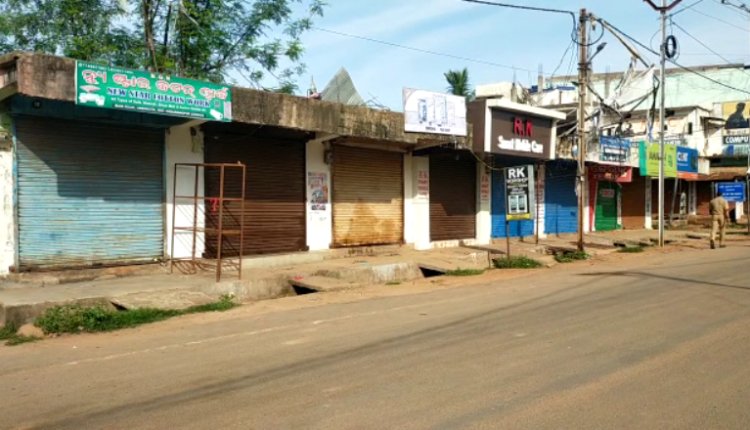 Nabarangpur: Following more number of COVID-19 cases were detected from Nabarangpur district, adjoining the neighbouring state  of Chhattisgarh, the administration declared a complete shutdown in Chandahandi Block for five days.

However, there are over 50 routes connecting to the neighbouring district, which is a major cause of concern for district officials, a source said.

As the people of  Chandahandi Block have social contacts with villagers of neighbouring district, the frequent movement of public usually takes place to and from Chandahandi. In view of it, the traders union in the Block have shut their shops on this weekend demanding the district authorities to order shutdown in the block to prevent spread of COVID-19 infections in the area, the source further said.

After discussing with all the stakeholders, the Chandahandi Block administration today decided to impose the shutdown to cut the transmission chain.

It is worth mentioning that over 160 COVID-19 positive cases have been reported from Chandahandi Block in last 10 days.