5 Eating-disorders you should know about 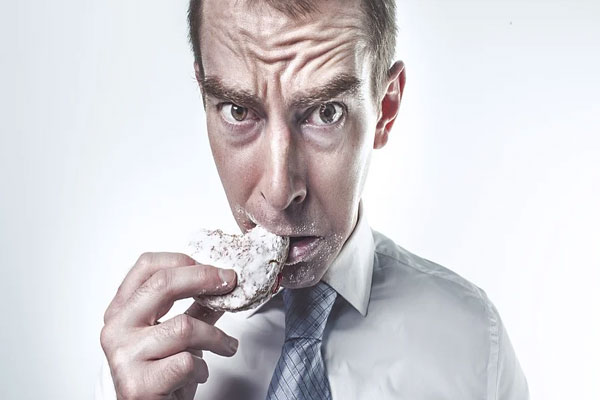 Bhubaneswar:  Eating is pretty much a major activity in our daily lives. We spent a good amount of time and energy on deciding and preparing every meal of our days. But, we also connect eating with all the sets of emotions that we go through on regular basis.

Sometimes one eats a lot when they are upset and sometimes they forget to eat when they are overjoyed. However, have you ever considered that your eating patterns could point at some eating-disorders that you might unknowingly be suffering from?

To help you figure out, here are five common eating disorders that people usually suffer from:

It is a condition in which people begin to overfeed themselves.  They continue to eat larger portions of food until their tummy is painfully-full. People suffering from bulimia complain about binging on foods that they would usually not prefer, failing to the urge to control the eating.

People with this condition always struggle with the fear of gaining weight. That makes them continuously cut down on their daily diets even if they go under-weight.  Anorexic patients usually have obsessive-compulsive symptoms. They find it difficult to eat in public and keep themselves socially conscious.

A prolonged anorexic condition often alters the bone, skin and hair health in the patient and could also account for infertility. In serious cases, there are chances of multiple organ failure and death.

A person with rumination disorder regurgitates the gulped food, chews it again and later, either swallows it or spits it out. It is common among babies between three and twelve months and often gets checked with age. And if it doesn’t, a doctor’s intervention is quite needed there.

Rumination disorder leads to weight loss and severe malnutrition in infants. Adults with this condition are likely to go underweight.

This is a condition familiar to quite a lot of people, usually in their early adulthood.  It is somewhat similar to bulimia as people with issue simply fail to control over-eating.  They normally bind their eating habits with their emotions and the gradually put on a lot of weight.

This is a condition in which people keep eating things that don’t belong to the typical food category.  They get their hands on non-eatable substances like chalk, soil, hair, cloth, soap, etc.

Pica is observed in people of both young and old age-groups. It poses serious risks of infection, gu injuries and poisoning.

Other than the above major eating disorders, some other, lesser-known disorders are:

-Other specified feeding or eating disorder (OSFED): this is a disorder that shows symptoms of the above-mentioned conditions, but doesn’t quite fit in any.

Although, less talked about but, eating-disorders could be as fatal as any other disease. Therefore, a timely diagnosis and treatment is an utter necessity. So, if you suspect any of such conditions, immediately consult a doctor.