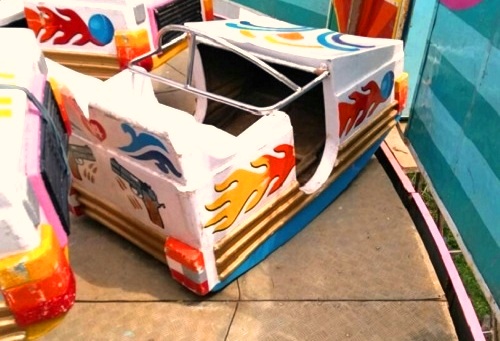 Cuttack: Five kids were injured in an accident at the water park near Phulnakhara in Odisha’s Cuttack district today.

Two of them have sustained serious injuries and have been admitted to a private hospital in Bhubaneswar.

The accident occurred when a car of a ride at the park snapped and hit the car of another ride. Kids who were seated in the ‘dancing car ride’ were hurt in the accident.

“I was seated in a car of the ‘dancing ride’ with my brother. At the start, we experienced a jerk and the car in which we were seated snapped from its base. My brother escaped but I was hit by a car of another ride,” said Aditya Narayan, a kid who sustained injuries on his head due to the mishap.

“We heard a sound of something snapping after the ride had completed two rounds. I saw that the car in which my son and my nephew were seated had completely broken. I shouted at the operator to immediately stop the ride. Others too shouted. But the operator who was drunk was just staring and doing nothing to stop the ride by the time it was stopped, the ride had completed five rounds. My son has been wounded on his head,” said Manas Barik, a relative of an injured kid.