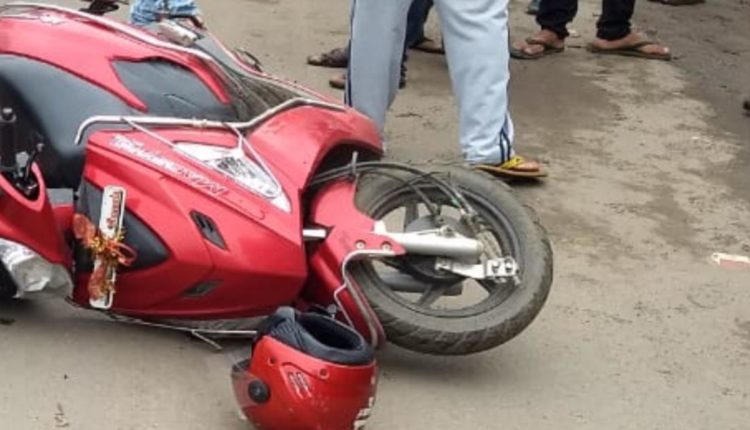 Angul/Balasore: At least five persons were killed and two were injured in two separate road mishaps in Angul and Balasore districts of Odisha today.

In the first road mishap, a man and his wife were killed by a speeding truck near Hanuman Chhak on the National Highway-55 in Angul district. The incident took place at around 9.00 am while the couple was on on their way to Angul from Nalco Nagar on a scooter.

The truck rammed into the two wheeler killing them on the spot. While the identity of the deceased persons is still unknown, they were the residents of Golabandha village of Angul district.

On receiving information, police reached the spot and sent the bodies for autopsy. They also seized the truck as well as the scooter.

In another incident, three persons died and two others sustained injuries in a head-on collision between two motorcycles at Baliapal area in Balasore district.

Among three deceased persons, two have been identified as Shankar Pandit and Gangadhar Patra, the residents of Sanamaisadi village under Baliapal block.

The mishap occurred in the morning when a motorcycle collided with another motorcycle near Khalamuhani locality. While one person died on the spot, two others died on their way to a hospital to Cuttack. The two persons injured in the mishap were rushed to the Community Health Centre (CHC), Baliapal for treatment.

Another trader becomes prey of ‘magic pen’ in Odisha Capital, duped of Rs 76,500