5 Odia Girls Who Made It Big in the Glam World 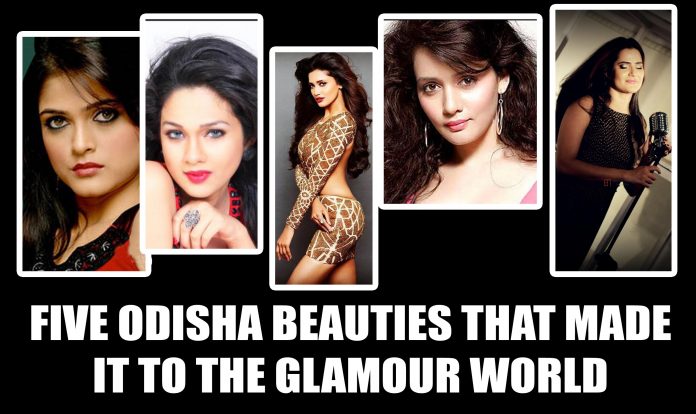 They are the girls who have sizzled on and off the screen and dazzled the world with their looks and talent. They are the Odia girls taking the oomph quotient a notch higher. Here is a list of five Odia women who have achieved success in the competative glam world.

She is the incredible powerhouse songstress, who sways crowds to her magical numbers. Her expertise in weaving folk songs into popular hits has made her an all time favourite for all music lovers.

Jamming and jiving with live audiences fuels her up and her earthy beauty mesmerises them. Sona has carved a niche for herself in the music world and is a much sought after voice with a difference today.

Sweet, petite and sultry, the Odia beauty is getting noticed for her acting skills.

From Berhampur to Mumbai , with education from the Army School, New Delhi, she is making a name for herself. Sulagna made her debut in the television serial Ambar Dhara as Dhara and went on to play the principal character in Do Saheliyaan. She further did a grey role as Sakshi Rajvansh in Bidaai, until getting her big-break in a Bhatt banner film Murder-2 as Reshma. Presently she is doing a Tamil movie Guru Dakshina and has a long exciting career to look at.

The 5’9” dusky beauty from Sambalpur increased heartbeats when she made it to the top 21 finalists in the grand finale of Femina Miss India 2015 . She bagged the title of Miss Photogenic in Miss United Continent 2015 in Guayaquil, Ecuador also. Earlier she had won the Asian Super Model-2010, Miss Friendship International 2010, Asia Model Festival Award 2011 and was among the top seven contestants in the Femina Miss Diva 2013. Sushree entered the final round of ‘I Am She 2010′ held in Mumbai for Miss Universe India.

The vivacious and techno-friendly girl has now set her sights to make a name for herself in Bollywood.

Her twitter handle goes under the name princessipsita and no wonder.

The pretty lady rules quite a few hearts. The Miss Universe India 2010 finalist, Ipsita Pati has won the title of Miss Intercontinental India 2011 and various other beauty pageants. She is passionate about dancing, singing and modelling. She loves to do charity and undertakes philanthropic activities.

“Love is… what makes the world go around.”

That is what the light eyed beauty had said in an interview once. One look at her and anyone can fall in love with her.She wass one of the contestants in the Pantaloons Femina Miss India 2011 and winner of Femina Miss India East and Gladrags Megamodel 2009.

5 popular Ollywood villains who made their characters iconic

7 interesting Odia twitterati that will make you ROFL