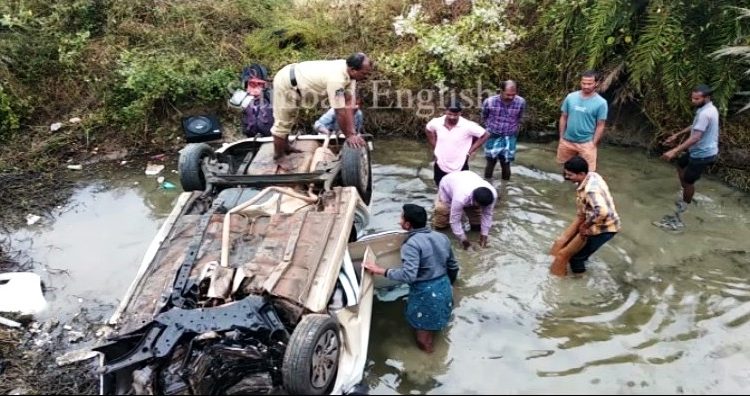 Berhampur: It was a fateful Saturday morning for a family of Berhampur, after five of its members died while another suffered critical injuries in a road mishap near Manjusa in Andhra Pradesh.

Sources said the family had visited Simhachalam temple in the neighbouring state yesterday. While rerunning, the car they were travelling in lost control and fell off a culvert near Manjusa at around 7 am today.  While five persons of the family died on the spot following the mishap, the injured was later rushed to a hospital in Palasa for treatment.

The car, that was recovered from the spot with the help of a bulldozer, was found completely damaged in the accident.